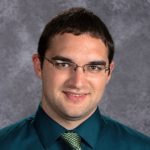 Allen is a 3rd generation and lifelong member of Calvary. He asked the Lord to save him at the age of 7, but struggled with assurance of salvation until the age of 12. Allen graduated with a Bachelors of  Science in Christian Ministries from Bob Jones University in 2014. Allen officially became the Youth Pastor in the summer of 2016. He and his wife, Amanda, have two young boys (Grayson and Aiden).

“My desire is to help the next generation grow in their love for God, their walk with God, and prepare them to take up the mantle of Church leadership in the future.” 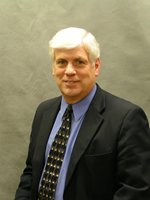 Rick has been a lifelong member of Calvary Baptist Church. He has been integrally involved in ministry since his mother led him to Christ when he was 7 years old.  Rick graduated from Bob Jones University with a bachelor’s degree in Accounting. A few years later, he moved back to his hometown and continued to serve at Calvary. In 1999, Rick officially became the Assistant to Pastor, a role which includes managing the finances of the church. Rick also faithfully leads the Senior Saints ministry as well the New Beginnings Adult Sunday School class among other ministry responsibilities. He and his wife, Debbie, raised three children (Natalie, Nicole, and Ryan) and are proud grandparents of four grandchildren (3 granddaughters and 1 grandson).

“My desire is to help facilitate good stewardship of the Lord’s resources and to effectively use them to advance the cause of Christ in our community and around the world.”

Welcome
We are glad to extend a warm welcome to you from the people of Calvary Baptist Church-a church that is making a difference. We are different because we preach the truth of the Gospel, stand without apology for the defense of the faith, and glorify God through music that is both Christ-honoring and biblically sound.

Are You New?
Visiting a new church can be really overwhelming. We want to ease that feeling as much as possible! Here’s some information that should make your first visit a comfortable experience and allow you to turn your attention to God’s word instead of spending it on figuring out our routine.